Just about every day we drive by some part of the ship channel on a lookout for ships of any size.
We were lucky one day to see the Coast Guard pilot disembark from a ship in front of us.  A Coast Guard pilot boards an arriving ship just outside of the ship channel and disembarks from a departing ship near where the channel starts.
Here is the pilot boat going out to pick up a pilot. 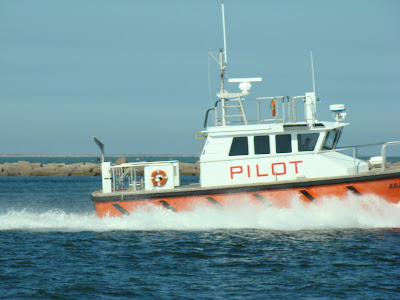 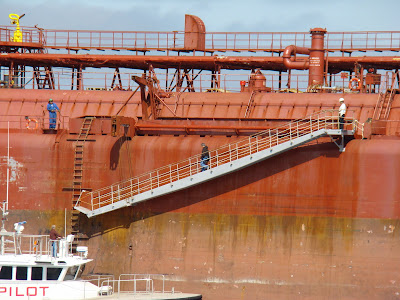 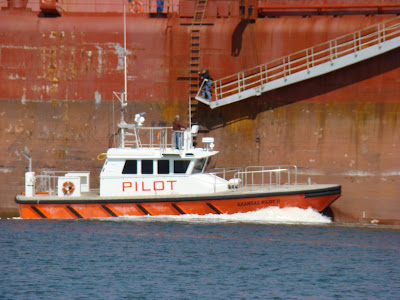 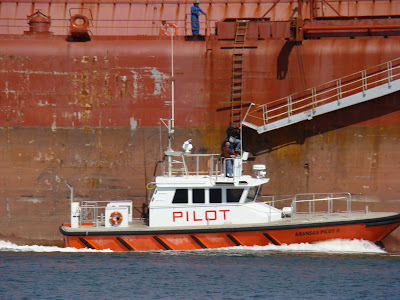 Here is another set of pics of the pilot disembarking from the ship.  This time the pilot is climbing down what appears to be a rope ladder as the metal ladder is way too short. 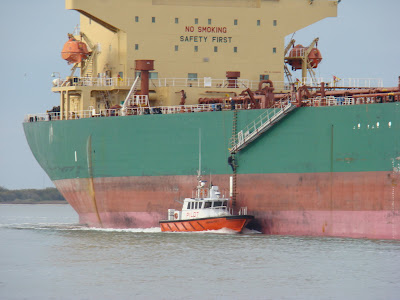 Once the pilot jumps down on the roof of the pilot boat, the boat is moving and turning around. 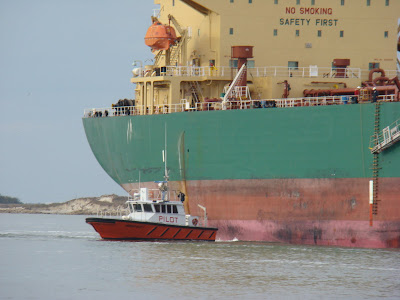 We were watching the ships often enough that we noticed that we saw the Ashley Sea entering and leaving several times.  We used the IPhone to subscribe to a program called Vessel Tracker and discovered that she carries oil between Houston and Corpus Christi. 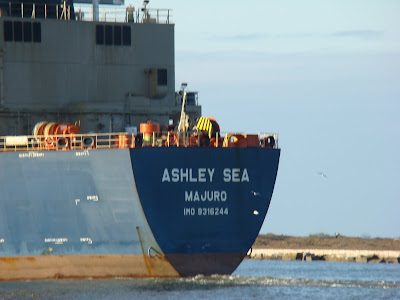 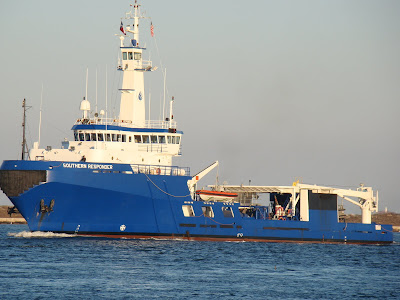 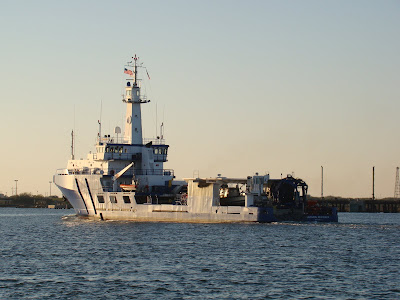 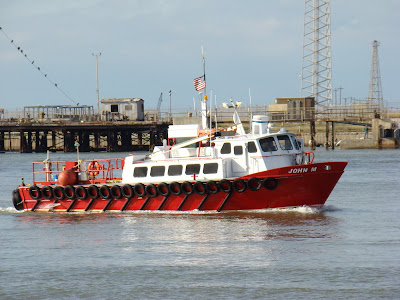 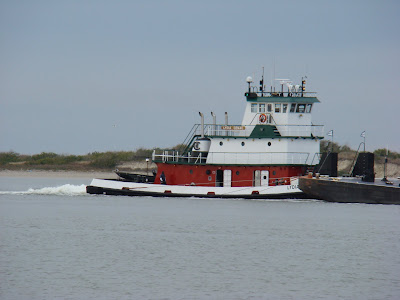 Some days you luck into seeing some of the strangest things being pushed by tugs. 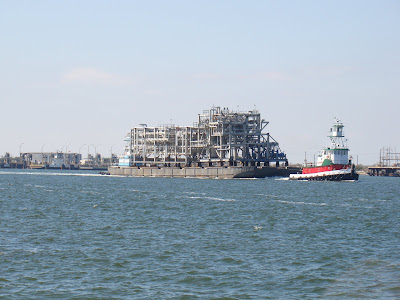 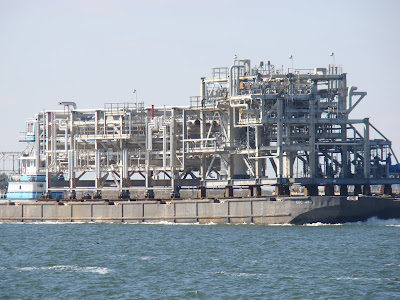 Juanette took this great picture of the two barges passing one another with the lighthouse in the background. 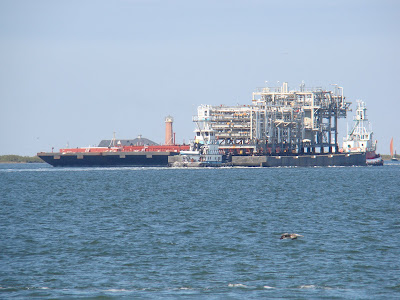 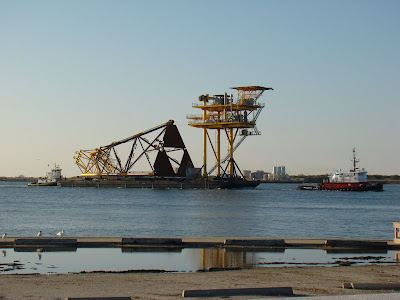 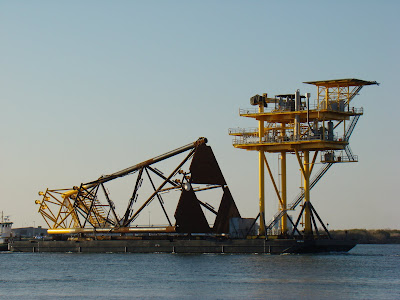 We have never seen the Polly Anna move from her berth before although we've been told she goes out shrimping and sells shrimp from her deck early in the mornings. 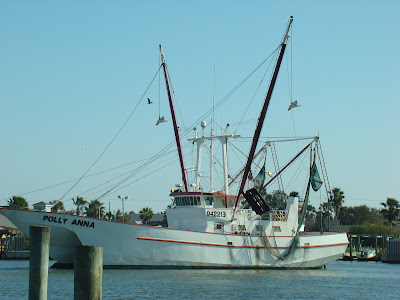 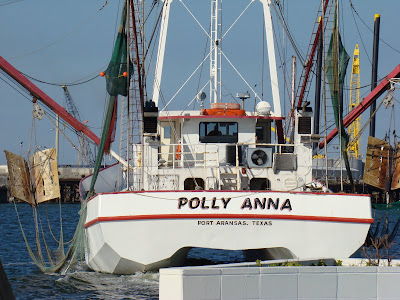