The remainder of Ed's visit is affectionately called the Lyndon B. Johnson tour.  We started off at the Visitor's Center for the Lyndon B. Johnson National  Historical Park that is located in downtown Johnson City.  The Visitor's Center and Museum is located across the street from his boyhood home.  This small museum is quite interesting and gives you a quick time-line history lesson on the life of President Johnson.
We then drove 14 miles west of Johnson City, toward Stonewall, Texas, to the LBJ Ranch, often called the Texas White House.  President Johnson bought the house and ranch property in 1951 from his aunt and uncle. 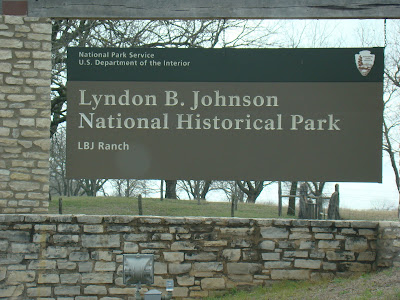 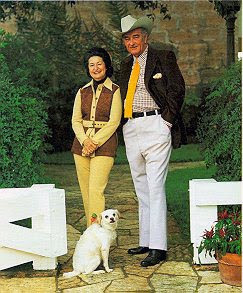 The ranch property runs along the beautiful Pedernales River.  During  the time that this was the Texas White House, all visitors had to go across a low water bridge on the river to get onto the ranch.
The family cemetery where President Johnson and Lady Bird are buried is located on the ranch property. 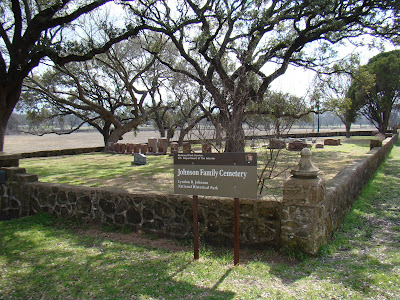 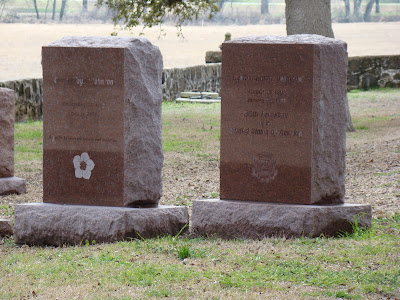 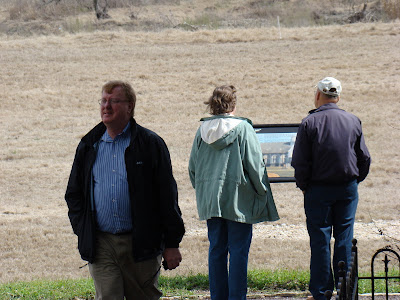 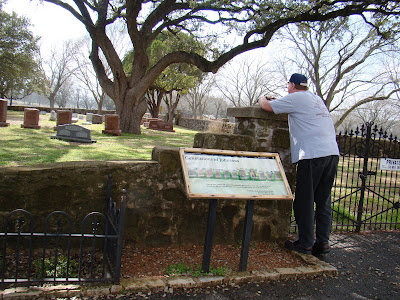 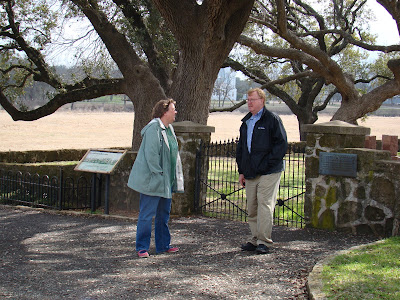 President Johnson reconstructed the house where he was born.  This is one of many homes located on the ranch that were used as guest houses. 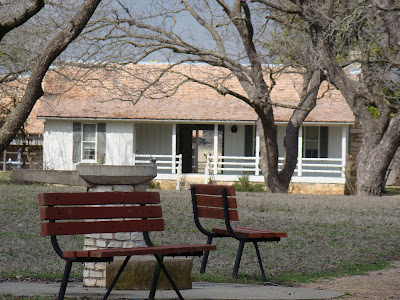 Sam, Sr. and Eliza, the President's grandparents, lived out their lives in this modest farmhouse. 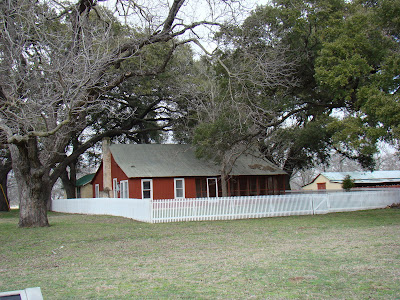 The Texas White House
President Johnson was the first president to set up a functioning White House away from Washington, D.C.  He spent almost a third of his time as president here at this house. 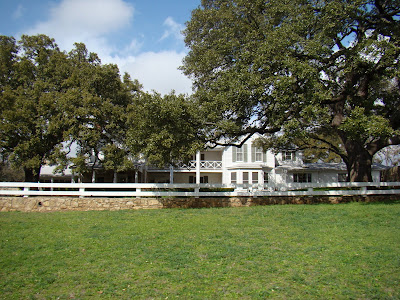 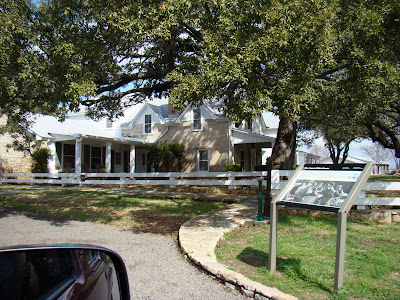 More often than not, President Johnson held lawn chair meetings with staff or visiting dignitaries under the live oak tree in the front yard.  He always felt he had an advantage when he was on "home turf" when conducting official business at the Texas White House. 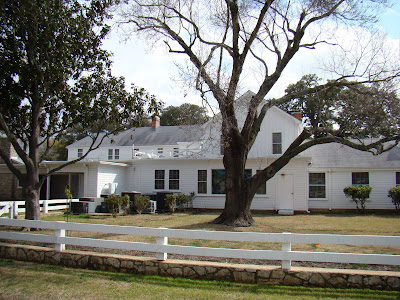 Love this photo I found! 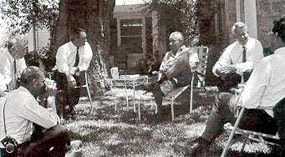 We took a tour of the house.  So far the President's office, living room and dining room have been restored.  We also went through the kitchen but restoration has yet to be started there.  No pictures were allowed inside the house.
Back outside we stopped to look at the display of cars that President Johnson used. 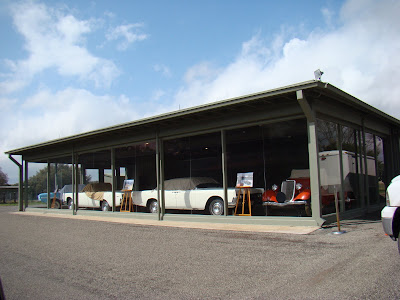 The most fun was his little blue car that could be driven into the water as a boat.  He was a practical joker and scared many a person with this maneuver! 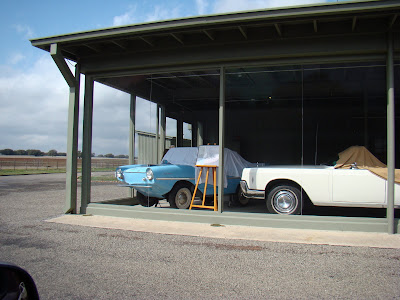 After the President's death in 1973, Lady Bird continued to live at the ranch part-time until her death in 2007.
The last part of the Johnson tour took place at the LBJ Library in Austin, Texas.  Bill, Ed and I made the trek to visit this impressive library and museum.  From the information that I learned about President Johnson, I feel I have a much better understanding of who the man was and rationale of why he made some of the decisions that he did.  All in all, a great learning experience.
Posted by Bill and Debi at 9:41 PM