Day Two of Spring Break Trip with the Girls

The girls and I slept in the bedroom and Bill slept on the hide-a-bed with the dogs.  Grace got up early but Chi and I went back to sleep for a bit longer.
Thank goodness Bill fixes breakfast as my brain isn't awake and functioning yet.  Now to decide where to go.  After options discussed, we all decide to go to the Kaleidoscope Children's Museum.
This immediately captured the girls' attention. 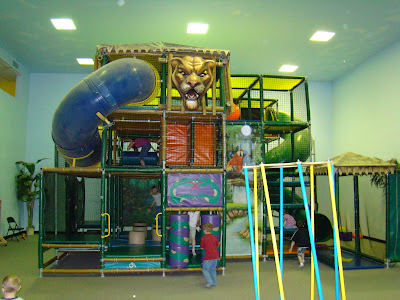 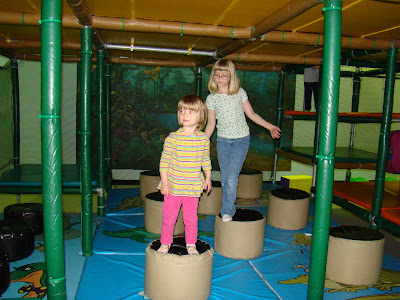 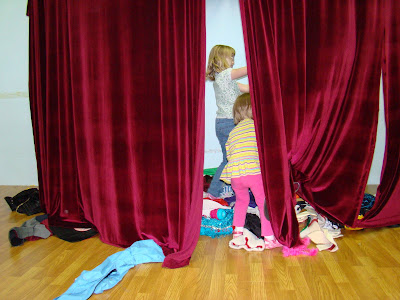 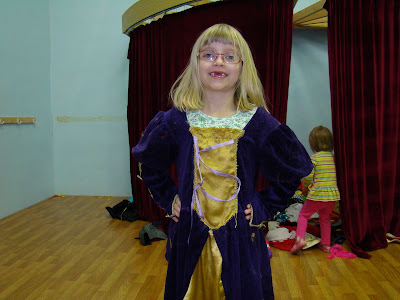 Chi is absolutely horrified over this mask... 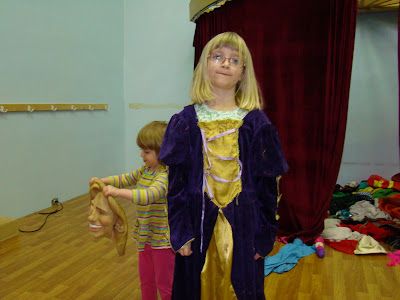 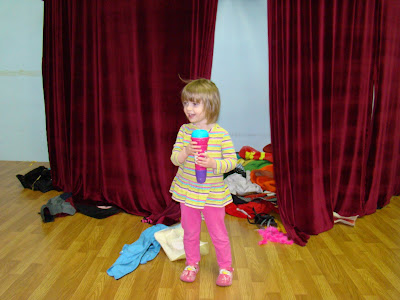 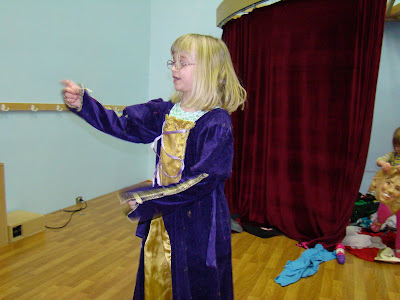 Playing in the grocery store... 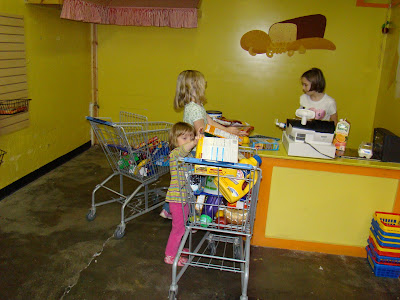 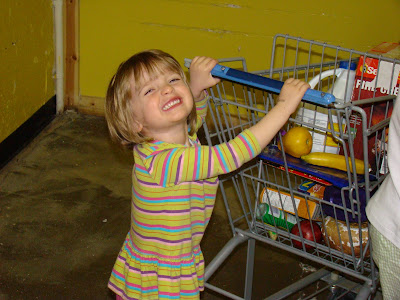 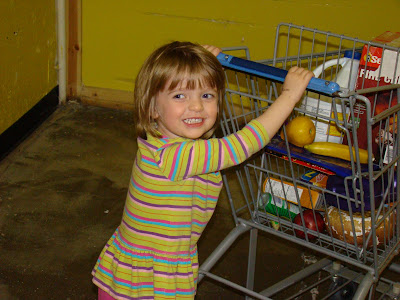 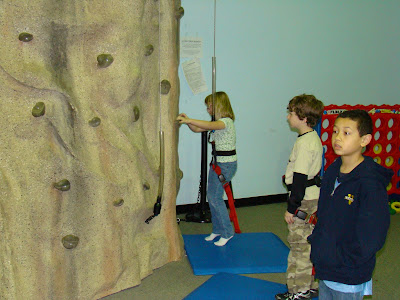 We really didn't think she would do this... or at least more than one try.  Boy did she prove us wrong.  It took her two tries to reach the top (more than 30' high).  Then she proceeded to climb to the top three more times!  She finally admitted to being tired at the end of the 5th climb.  Crazy girl! 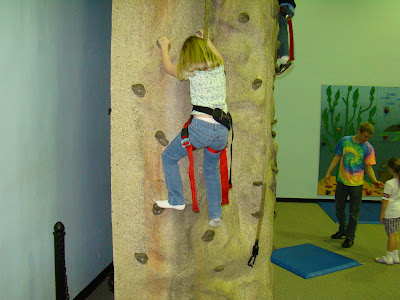 Once she caught on as to how to think ahead to place her hands and feet, she was a climbing fool! 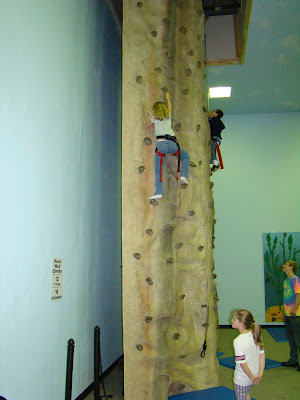 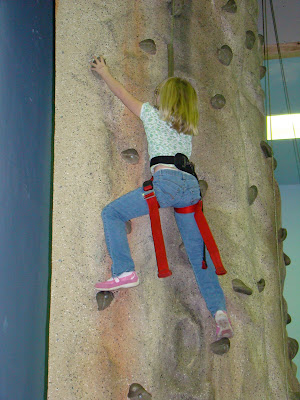 Almost to the top! 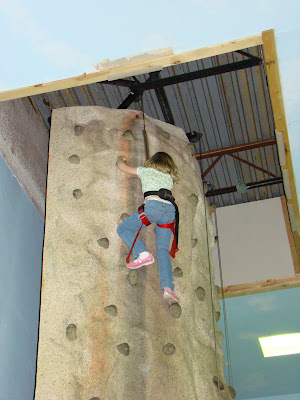 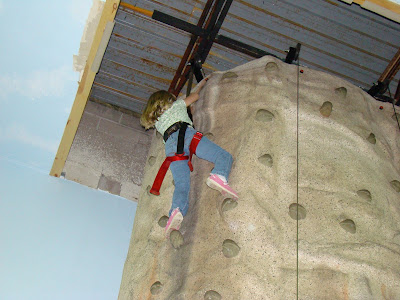 Rappelling down - according to Gracie this is the really fun part! 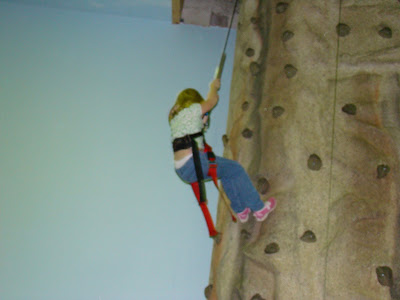 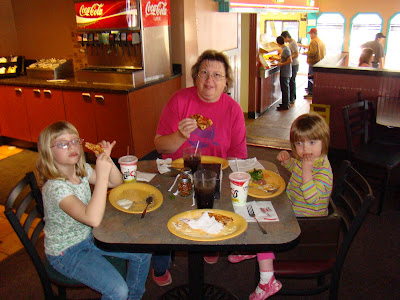 Nap time - with a promise to go to the park when they wake up. 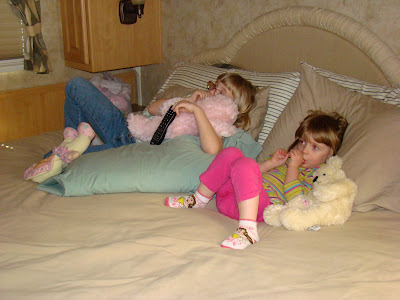 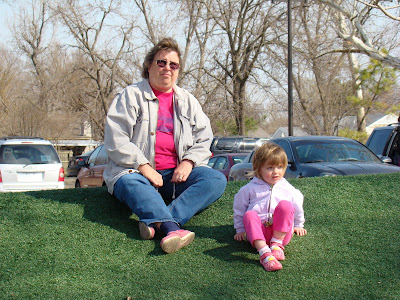 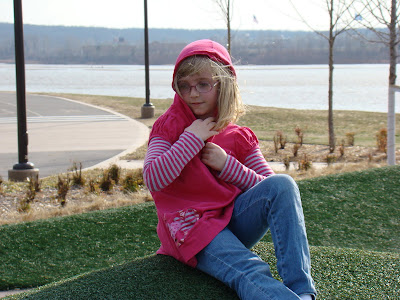 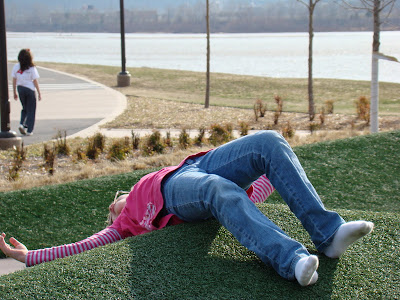 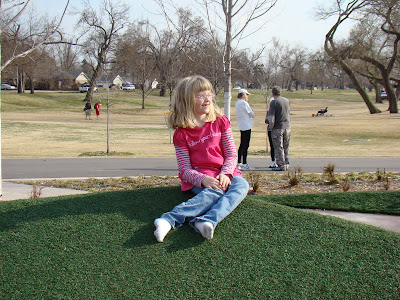 Time to head back to the motorhome.  Bubble blowing is now on the agenda! 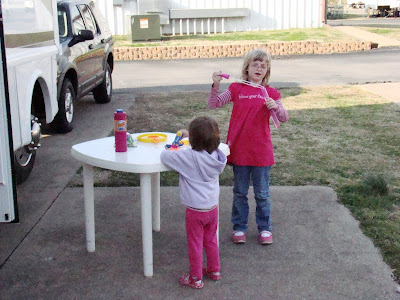 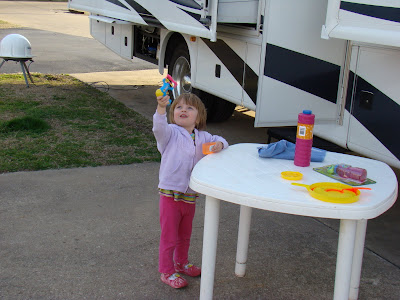 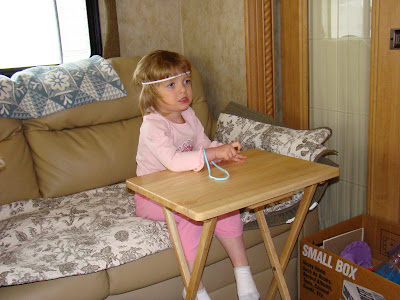 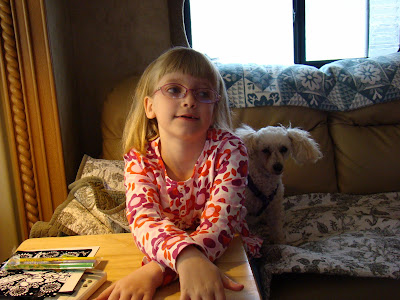 After an easy meal of salads and frozen dinners, we watched a movie and then headed to bed.

Good night!  (From an exhausted Grandma!)