Bill and I love to drive along the country roads looking for wildlife.  We were lucky to see quite a lot of critters on this trip.
On the wide open meadows, there were lots of pronghorn antelope grazing in the fields.  Deer were as often spotted in yards as in fields.
I especially liked this baby with its mom as the baby's spots were still so well defined. 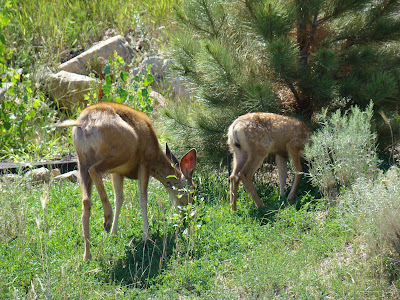 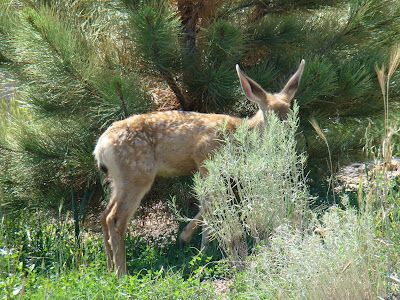 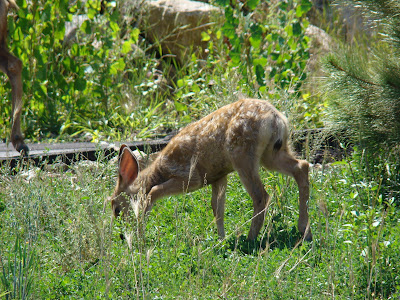 We rediscovered the adorable chipmunk.  They were quite the little clowns and oh so adorable. 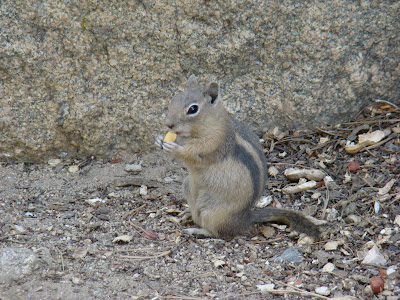 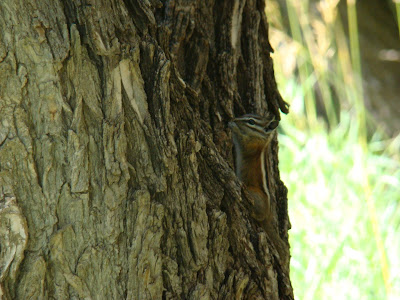 We had forgotten that the town of Cripple Creek is sitting in the midst of open grazing land.  Cows were wandering around in an RV park in town while horses calmly walked down a road.  But best of all are the wild herds of donkeys, descendants of those used by the gold miners. 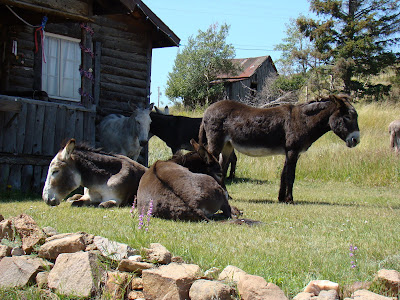 We never saw any moose but did get to see two herds of elk. 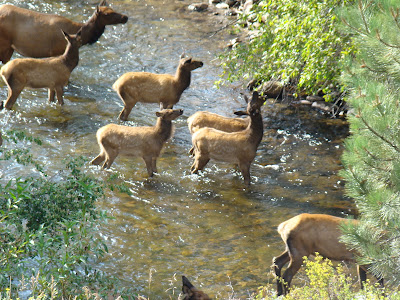 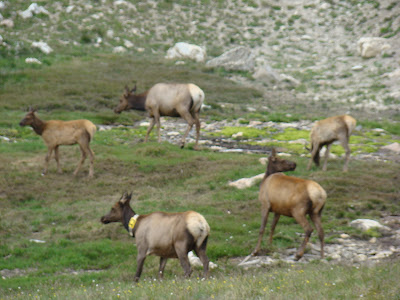 But best of all, one evening as we were returning to the cabin a big ol' bear lumbered across the road in front of us.  I am sure he was heading down the road to a dumpster to go dumpster diving.  We were told by an owner of a small cafe down from where the cabin is located that the bears have learned how to get into the locked dumpters.  They get on top of them, jump up and down until they actually dent in the top and are then able to reach in and retrieve goodies.